One of the fears I have is that I will get to the end of my life to find that I never reached my potential. I beat myself up because I tell myself I could do better in certain areas, but then I quit because I’m not improving or progress seems slow. Setting goals and then being discouraged when they are not reached is very common. We set goals, we fail to accomplish them, then we think something’s wrong with us, that we aren’t good enough, that people who succeed in reaching their goals are better in some way that is just out of our grasp.

Atomic Habits, however, breaks down the ways that simple, small changes in your habits, over time can reveal remarkable results, and often it’s simply the difficulty of maintaining a small change over time, because it’s boring and doesn’t seem to be working, that really gets in the way of accomplishing our goals. Also, when we fail to make the mental shift of who we want to be to actually being that person, we are destined to fall back into the patterns that got us here in the first place. Clear’s directions can be broken down into two short, bullet-ed lists:

And to accomplish these small wins follow the four laws of behavior change:

Each one of these laws is broken down with multiple, practical, bite-sized steps to create a new positive habit, as well as corresponding steps to take to break a bad habit. What made this book stand out to me was:

This diagram of “The Plateau of Latent Potential from page 22 felt like the real-life explanation of every healthy habit I’ve ever formed. Just when I think “I’ve been doing this for months and nothing’s happening!” Suddenly there are results, Everything takes time, even when we want instant results. 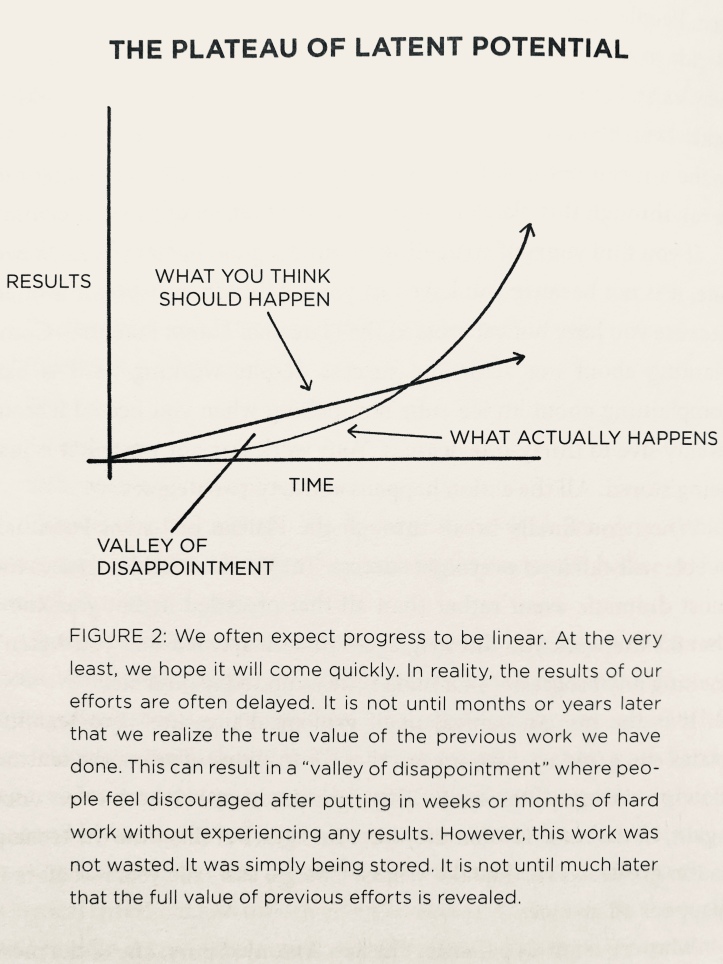 James Clear has been talking about habit building for years on his site Atomichabits.com, based on lessons he learned from having to re-build himself after a devastating baseball accident. This book is filled with tons of versatile insights that would be valuable to anyone looking for change or growth. There were so many different avenues for building habits I believe anyone could cobble together an individual plan that works for them. I read this as an audio-book, read by the author, and really enjoyed it, but there is a lot of helpful information in the physical book so I would recommend taking a look at that as well if you are truly serious about remarkable change.

I read this as: an audio-book from Overdrive and a hardback purchased from publisher

The Power of Habit by Charles Duhigg

Better Than Before by Gretchen Rubin