You know everything you need to know about a person from the answer to the question, “What is your favorite book?”

Finally! A book for book-people! Just kidding, all books are for book-people, but you’ll forgive me for being especially fond of a novel whose subject is a quirky book-seller and in which each chapter begins with a review of a real book. Oh, and the story is wonderful as well.

Bookstore owner A.J. Fikry has achieved curmudgeon status before reaching the age of 40, mostly isolating himself from new people after the sudden and tragic death of his wife, Nic. Then, his world is upended with the arrival of baby Maya, who is left in his store with a note from Maya’s mother begging him to raise her child in a world surrounded by books. Slowly, Maya grows on him, and as his love expands, so does his ability and desire to connect with others. Forged together, A.J. and Maya’s circle of love begins to influence and change lives for the better, demonstrating that a life can be re-made, that lost love does not equal lost life. This is a heartwarming, fun, and charming read, here is one of my favorite quotes:

We aren’t the things we collect, acquire, read. We are, for as long as we are here, only love. The things we loved. The people we loved. And I think these really do live on.

The emotion here is palpable, and attention to the power of love combined with the book’s sense of fun and whimsy are what makes it a great read. It is as if someone took The Rosie Project and A Man called Ove, smashed them together, and set it in a book-store. The perfect read for any book-lover or someone looking for an endearing, lovely, and moving story.

The Storied Life of A.J. Fikry by Gabrielle Zevin

I read this as: a library book

The Unlikely Pilgrimage of Harold Fry   by Rachel Joyce

The Rosie Project by Graeme Simison

This is one of the more unique stories I’ve read in a long time. Not only in its monumental telling of two families divided by an ocean and spanning many generations, but also in its endeavor to look through one of the most painful events in history, American slavery, including its causes and ramifications, and find the lives that made up this heartbreaking history. Many chapters of this novel were indeed difficult to read, but Gyasi did an unbelievable job weaving each character’s story with the next, steadily building to its final outcome.

First we meet Effia and Esi, two separated sisters growing up along the Gold Coast of Africa during the late 1700’s. Effia is married off to a white slave trader and begins raising her family in a castle, while, unbeknownst to her, Esi is trapped in the castle’s dungeon and eventually sold off to be a slave in the new-born United States. What follows is a story from each generation of their descendants as one family is thrown into slavery, and the other must face the conflicts of the Fante and Ashanti wars in pre-named Ghana. Telling this sweeping story was quite an undertaking for Gyassi to take on, I was surprised to learn this was her first novel, as it has the craftsmanship of an extremely practiced author.

Each chapter of this book is a new character, vacillating back and forth between the families. Every character experiences some aspect of the suffering brought upon the world by slavery and war. This novel is epic in its depiction of slavery’s history through so many different lenses, and I personally enjoyed the variation of characters, as the story seeks to create a greater narrative. I would recommend this book for readers interested in African-American and African history, those wanting to learn more about the injustices not only of slavery, but also of the Jim Crow era, or anyone interested in reading complex, haunting historical fiction.

I read this as: an audiobook from Overdrive

When I reflect on this book, I think of one word: Grace. It’s a story where many things go wrong, but then there are moments of miraculous blessings. Where people are given second chances after making poor decisions, and some are given the ultimate gift of life after looking death right in the eye. Unfortunately, it’s a story where the unthinkable happens, the death of children-innocents-and it reminds me of the lyrics from Hamilton, after Alexander’s son is killed:

There are moments that the words don’t reach

There is a Grace too powerful to name

We push away what we can never understand

We push away the unimaginable

Ultimately, I consider the grace with which Harpham weaves several stories that tell how she became the mother of a very sick little girl, how she fought for her with all her might, and how through a great deal of suffering and countless moments of despair, she found happiness, in spite of everything stacked against that outcome.

This book is a memoir in which Harpham deftly describes how she became pregnant with her daughter, Gracie, how this strained her relationship with Gracie’s father, Brian; a man who although loving her deeply, was terrified of parenthood and walked away from their relationship during the pregnancy (the worst I know, but Harpham tells the story so beautifully and with such clarity that you almost see where he’s coming from. Almost.) Once Gracie is born, it’s clear that she is sick, she must undergo regular blood transfusions to keep her alive. What follows is a beautiful story of hope, love, strength, heartbreak and resiliency as this little clan goes through setbacks and surprises to make Gracie well.

What I really loved about this story is Harpham’s ability to understand other people, to forgive and connect with them in a way many of us simply are not capable of.  She’s able to see her own pain, her own unlucky hand, and still find goodness and offer kindness to others. While the book’s title is Happiness, so hopefully it doesn’t spoil anything to say it has a happy ending, she points out that going through this experience doesn’t make her immune to future sadness. I find that a very brave way to look at the world.

This is a great book for someone looking for a very moving story, who is not afraid to cry a good deal while reading it. Harpham’s writing is seriously top-notch and she is a gifted story-teller, I could not put this one down because I had to know what was happening in this little world, to this family and the people who surrounded them. If you are looking for a book about family, grit, and love, this one is for you.

Happiness: The Crooked Little Road to Semi-Ever After by Heather Harpham

I read this as: a library book 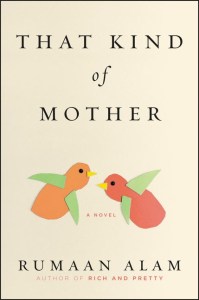 This book was not what I thought it was going to be at all. It started almost as a superficial take on motherhood (it’s hard y’all!), but turns into this beautiful dissertation  on the happenstance of life, family, and race relations in America.

What I like about this book is that the characters are flawed in very real ways, weaknesses that we can see in ourselves if we really look closely. Rebecca, the protagonist, is an optimist, which sometimes prevents her from seeing the truth; she acts selfishly at times, yet she does so out of love; she tries not to see herself as a “White hero”, but she takes secret pride and shame from her role as one. It also speaks a lot of truth about race relations in America: some scenes were uncomfortable, yet were so real they took me back to moments when I realized a person of color was being treated differently that I was, a white female.

This is not a plot-driven novel, but I enjoyed every moment reading it as the characters were so well developed I kept reading to see if they came out okay. Alam does a brilliant job of writing about women, I don’t think I could describe breast-feeding as accurately as he writes, and I have actually breast-fed! I would recommend this novel to anyone interested in motherhood, family, adoption, and American race relations.

That Kind of Mother by Rumaan Alam

I read this as: Edelweiss ARC

I cannot think of a way to begin this post without a morbid thought so I’ll just come out and say it: this book is about death. Not just about the end of life, but life itself, and how would you spend it if you knew when your last day was coming. The four Gold siblings seek out a fortune-teller in 1969, who tells each of them the day they are going to die. The rest of the book is how each of them live with this knowledge, both in denial and obsessed with it, knowing their last day changes their courses and behavior, or was that how it was always meant to be?

I believe that while we see things as linear, with time progressing from beginning to end, our souls live outside of the dimensions of time, so that in a way, everything is always occurring. This gives me peace when loved ones have passed, I believe that somehow, our happy moments never leave us and somewhere they live on (my husband calls these my “hippie thoughts”, but hey, like I said it gives me peace). Of course, if everything is always occuring, that means that the date of death is already set, and there’s really nothing we can do to change it. The Immortalists is written with a similar premise, with each character continuing to their last day, even though the reader and the characters keep wondering if there is anything they can do that will alter it:

‘What if I change?’ she asked the fortune teller, all those years ago, sure that knowledge could save her from bad luck and tragedy. ‘Most people don’t,’ the woman said.”

When I started this book I thought it would have a bit of magical realism, but aside from the fortune telling, it is set firmly in reality; there is no whimsy in this book, I don’t even think there was one joke. As one could expect in a book about death, there is a good amount of heartache in this story, but the writing was beautiful and I think Benjamin did a good job of showing how each sibling felt and how that impacted their decision-making. This book is also about life, as each sibling chooses to spend it quite differently, and about family and sibling relationships, and Jewish culture. I would recommend it to anyone looking to read a strong piece of literary fiction or someone who enjoys philosophical questions of fate and destiny.

The Immortalists by Chloe Benjamin

I read this as: an audiobook from Audible

There was an error retrieving images from Instagram. An attempt will be remade in a few minutes.